Got in my hands such interesting device called CH341A USB-UART converter and I2C/SPI programmer which costs about $2 on Aliexpress including free shipping. As the name implies, device is based on WinChipHead CH341A chip, which is Chinese analog of FTDI FT232H chip.

I decided to quickly test is it a good for reading ROM chips from PCBs.

In Windows 10 drivers are not installed automatically 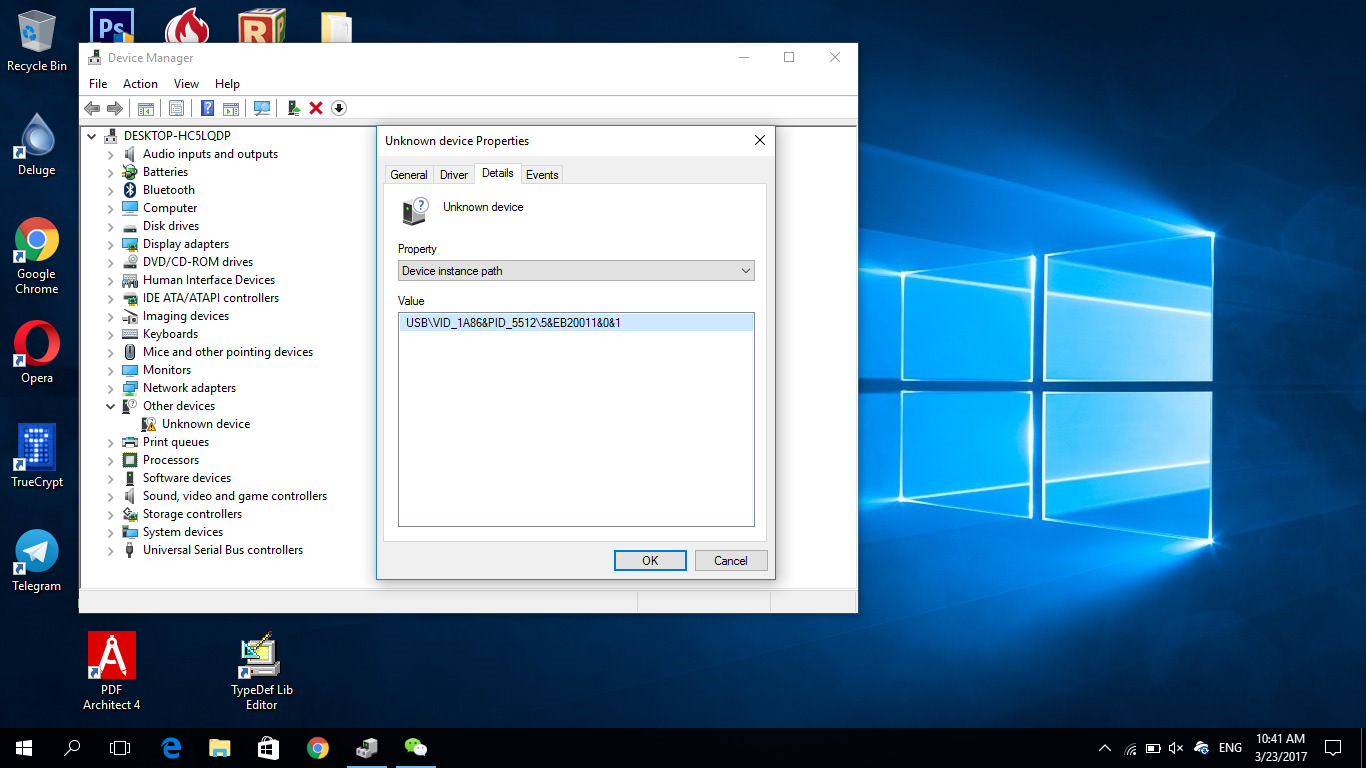 So I decided to use for testing my Ubuntu laptop, in Linux kernel drivers for CH341 appeared several years ago.

As software for programming I chose flashrom - most advanced opensource utility for identifying, reading, writing, verifying and erasing flash chips. For now it supports more than 476 flash chips, 291 chipsets, 500 mainboards, 79 PCI devices, 17 USB devices and various parallel/serial port-based programmers. Please note that for working with CH341A-based programmers you will need version 0.9.9 or higher. 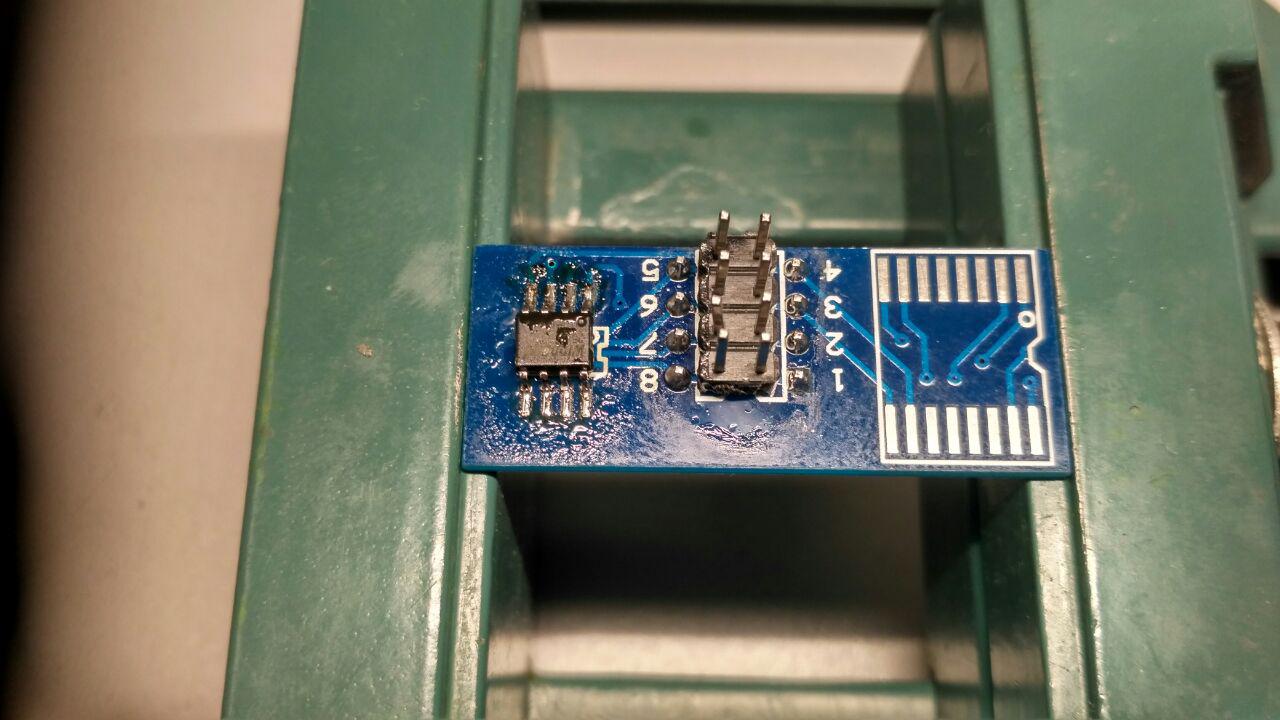 Then I plugged SOIC adapter to ZIF socket, and whole programmer to USB port of my laptop: 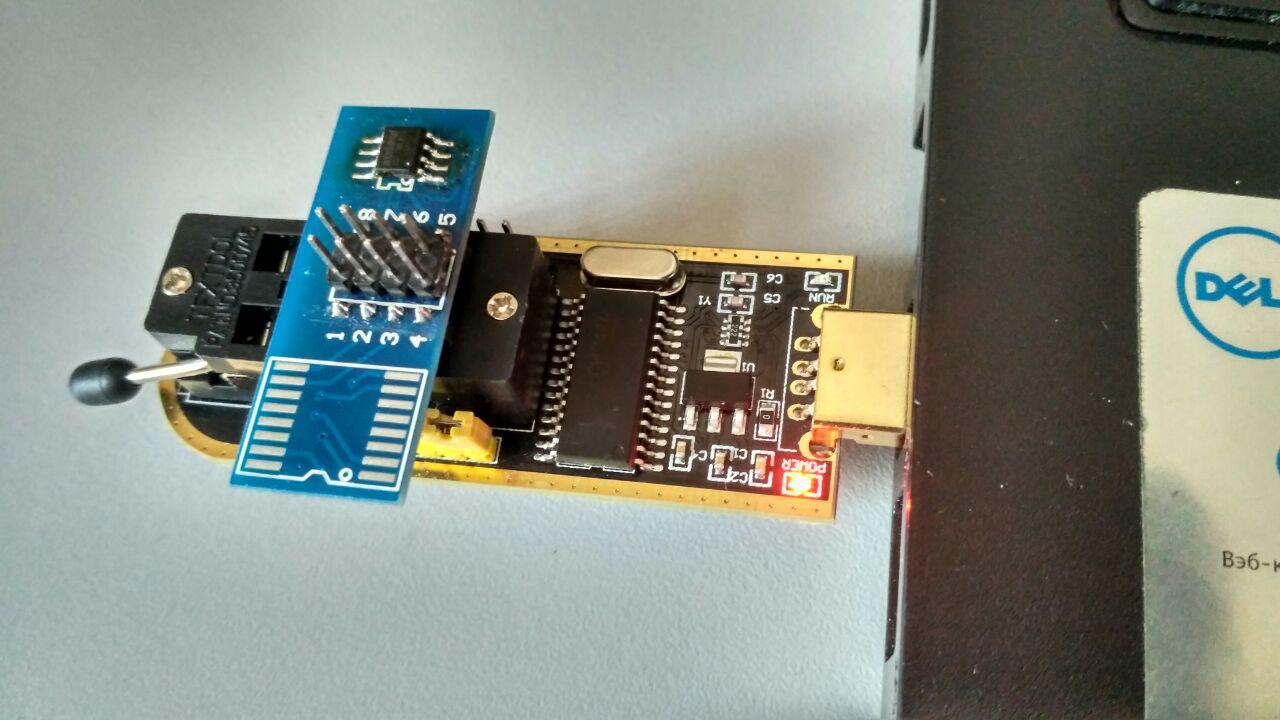 I read ROM to image via command

To check that data was readed correctly I also read ROM via PC-3000 and compared results via ACElab HexEditor:

So ROM was readed by ch341a programmer correctly.

Answering possible question: can I use CH341A programmer as main programmer for data recovery jobs ?

It's a good option for start, hovewer in some cases it might not work.

Choice of programmer hardware mainly depends on which chips you are planning to flash. Most likely there is a software limitation, because hardware is quite standart - most chips are able to flash over SPI or I2C bus. Xeltek is considered as leading company in this industry, they supports more that 100k devices. But must programmer for data recovery support so many devices or is it excessive ?

For interst, I took first 7 dirrerent drives from my table and compare support or their ROM chips in Xeltek software and flashrom:


As you see, flashrom supports almost all chips as Xeltek. So for data recovery you can choose any SPI programmer which is supported by flashrom. I decided to test CH341A-based just because it's cheapest one. For now only one software limitation of CH341A support in flashrom is that it does not support any parameters currently. SPI frequency is fixed at 2 MHz so you wouldn't be able to read correctly SPI chips which are programmed in another frequency. If you are looking for - programmer which doesn't have software 2 MHz limitation now you can look for Bus Pirate, an open source hacker multi-tool.It costs a little bit higher, but it can act not only like programmer, you can use it for reverse engineering too.

The main problem with those chinese - ROM readers is the drivers and the software , I have sent back several to Amazon after buying because the leak so much about software ... for windows ...

I never thought the about the linux path .. weird , since I sue linux so much in the lab

In this way I have installed and I will, the last Ubuntu, in today case 20.04 LTS 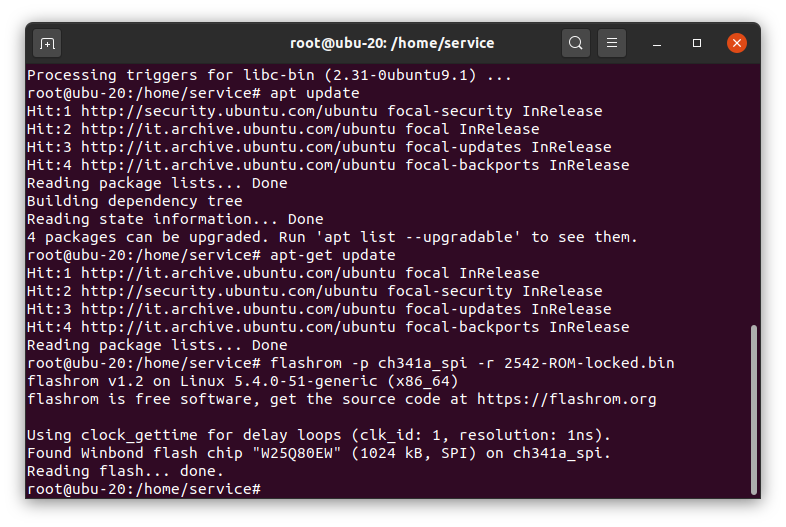 if you can't view the image, the link is this https://ibb.co/b1jvzhD
Top
fastec
Post Reply
2 posts • Page 1 of 1

Users browsing this forum: No registered users and 1 guest